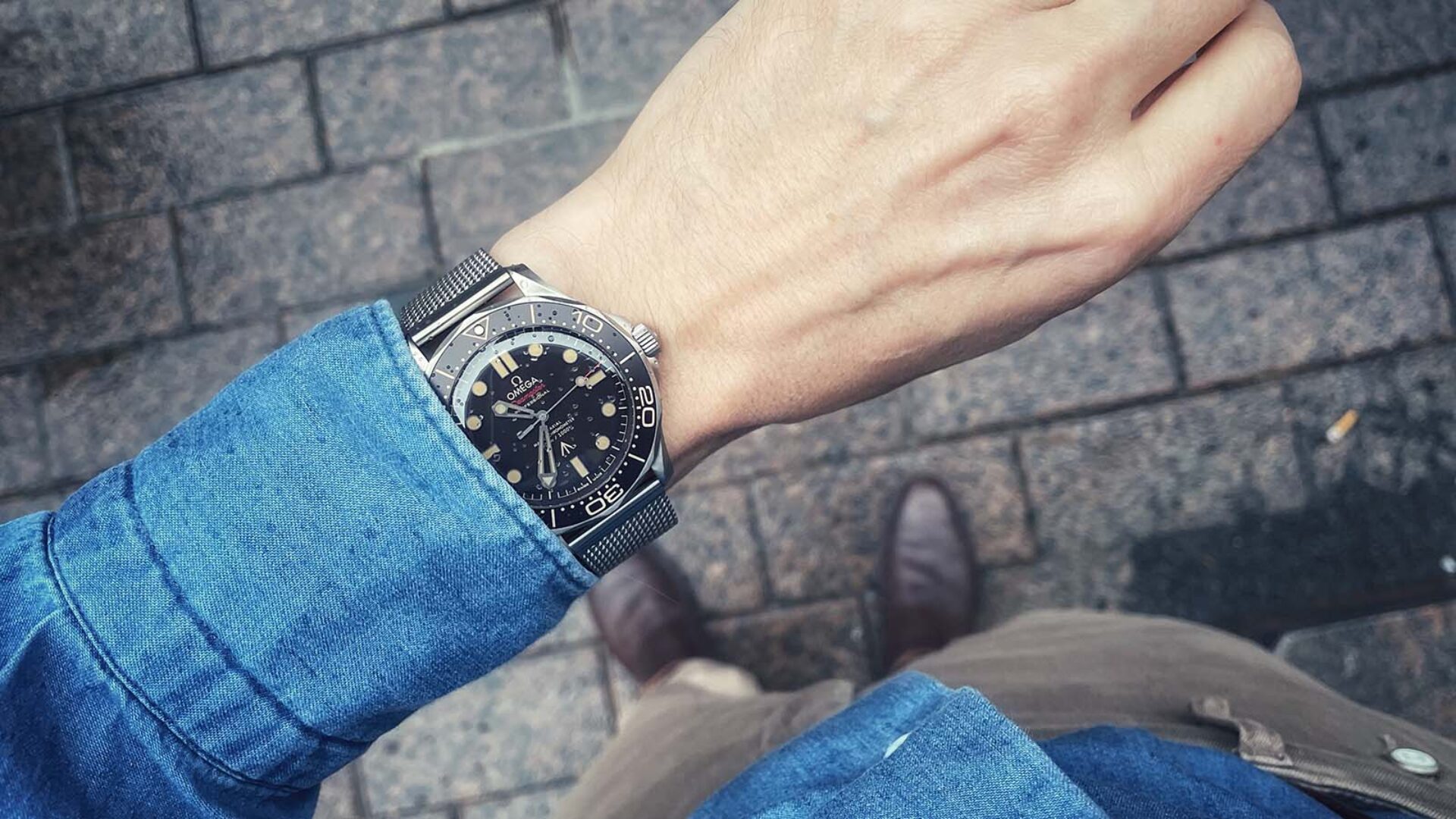 Editor's pickBrandsOmegaStyle on the WristWatches

James Bond has relied on Omega watches since 1995, with the latest No Time To Die movie showing the titanium Omega Seamaster Diver 300M 007 Edition.

Omega’s story as a Bond watch brand began in the era of Pierce Brosnan, when Lindy Hemming, who was involved in the costume for 007 and the Golden Eye movie, wanted a watch on Bond’s wrist that matched the style and value of the Navy commander. At that time, the navy blue diver’s watch Omega Seamaster 300M Quartz Professional was selected as James Bond’s new watch, which has seen a total of ten different Omega on the wrist of the 007 for the eras of Brosnan and Daniel Craig.

In addition to the Bond watches featured in the movies, Omega has released several Bond watch models aimed at fans, the most popular of which are the so-called Commander’s Watch.

In the 007 saga, Brosnan’s Omega had latent functionalities, while in Daniel Craig’s first three Bonds (Casino Royale, Quantum of Solace and Skyfall), the watches were purely timepieces in keeping with the new realistic Bond theme. In the last two films (Spectre and No Time To Die), the Q Branch finally got to tune into the watches with the rather explosive extras required to save the world.

Appearing in the movie No Time To Die, the Omega Seamaster Diver 300M 007 Edition is the tenth Bond wristwatch, with a titanium mesh bracelet model seen on James Bond’s wrist and a new nato strap model on the new 007’s wrist.

The latest Bond watch is based on the popular Seamaster Diver 300M collection, with a base size of 42 millimeters suitable for most. On my own wrist, the current Diver 300M range hasn’t been the best fit, but the 007 Edition, packed in a lightweight Grade 2 titanium case and slightly thinner than the normal model, changes that. This watch fits on my wrist wonderfully, as the watch does not actually have a center of gravity, but fits naturally on the wrist. The same feeling is repeated on both bracelets. 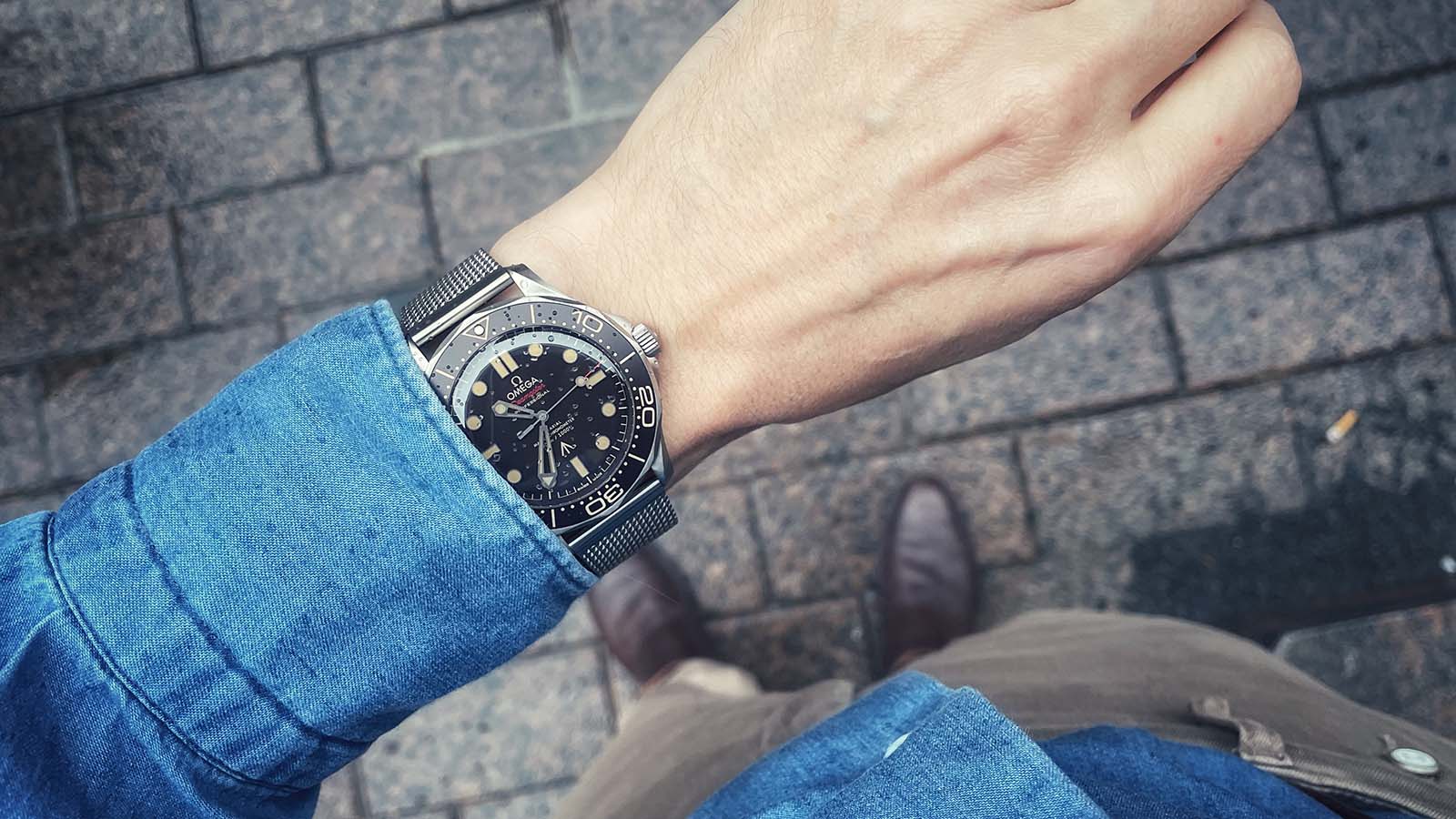 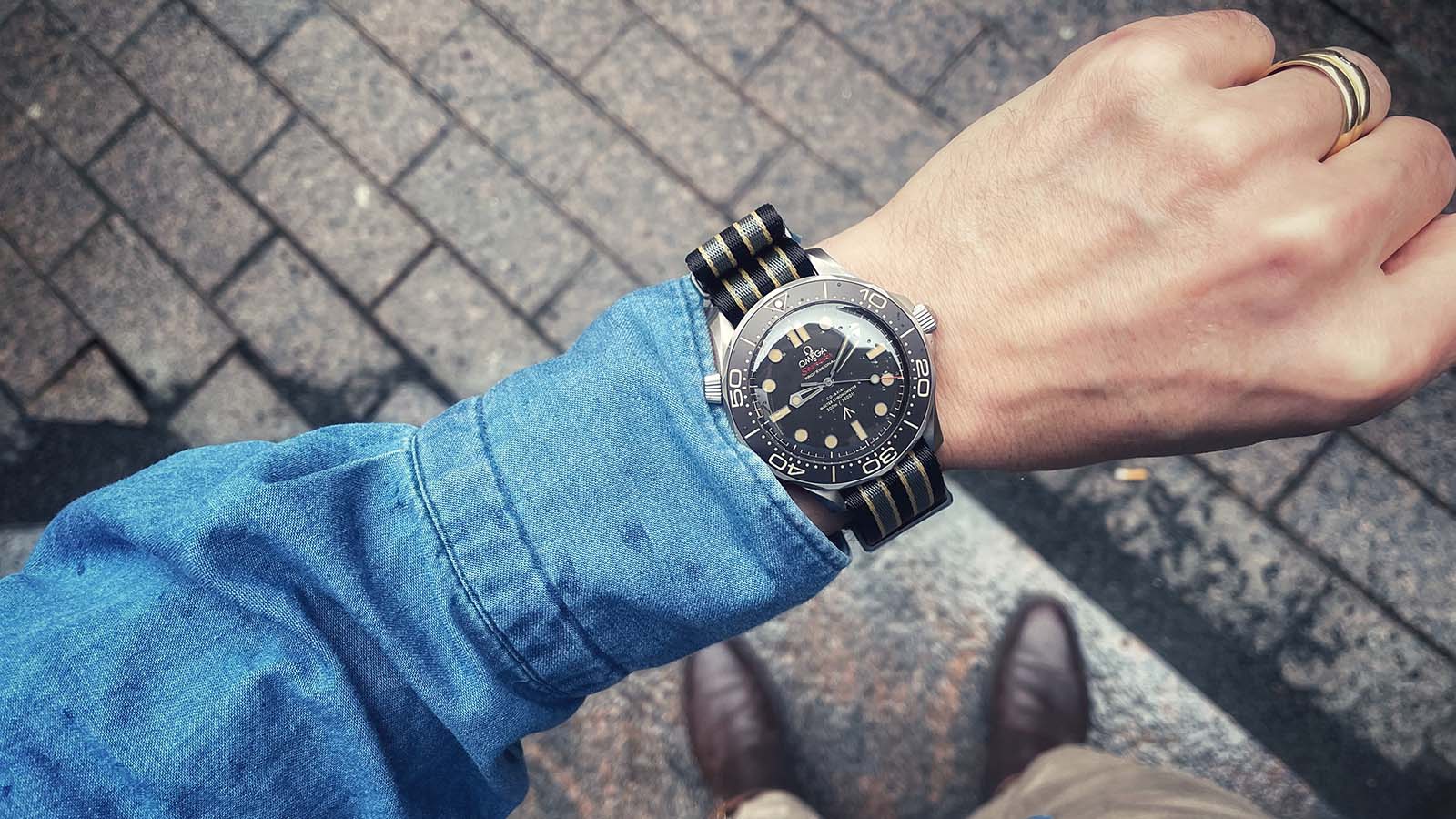 From here, I get to the 007 Edition bracelets, which are available in two different types. My personal favorite is the titanium mesh bracelet, which has pin buckle holes like normal two-piece straps with the difference that the end of the bracelet goes below the bracelet on the other side of the folding clasp. The solution works well on my 17 centimeter wrist, where depending on the feel, the buckle goes into either the last or second last hole. Another alternative to the watch is a stylish nato strap that matches the dark brown tone of the watch.

The color scheme of the watch is vintage-spirited. The brushed gray titanium case is accompanied by a dark brown dial and an aluminum dial. The indexes and pointers on the dial, as well as the markings on the dial, are snow-massed in a vintage-brown tint. The style is complemented by convex sapphire crystal, which, unlike the rest of the Seamaster Diver 300M collection, is only protected on the inside.

This little detail is a thoughtful draw with a desire to emphasize the vintage spirit of the watch. On the other hand, this detail reflects the nature of the work of the 007, which acts as a watch user, in which saving the world would unnecessarily cause scratches on the reflective coating on the surface of the glass. It is therefore appropriate to omit it at this point.

The 007 Edition is powered by the METAS-rated Co-Axial Master Chronometer 8806, which is the same as the 8800 most commonly used in the main collection, except for date function. The movement is excellent for Bond’s purposes, as it has strong protection against magnetic forces – up to exactly 15,000 gauss. The movement offers 55 hours power reserve with a daily accuracy of 0 / + 5 seconds, so Bond is not late because of the watch, even after a weekend-long break.

Is the 007 Edition worth the price?

The Omega Seamaster Diver 300M 007 Edition is an excellent wristwatch and fan watch with a price tag of 9,400 euros on the titanium bracelet and 8,300 euros on the nato strap. The price difference for the Diver 300M steel case and bracelet (5,300 €) is significant, which is partly explained by the titanium used in the case and the bracelet, but equally by the Bond stamp. 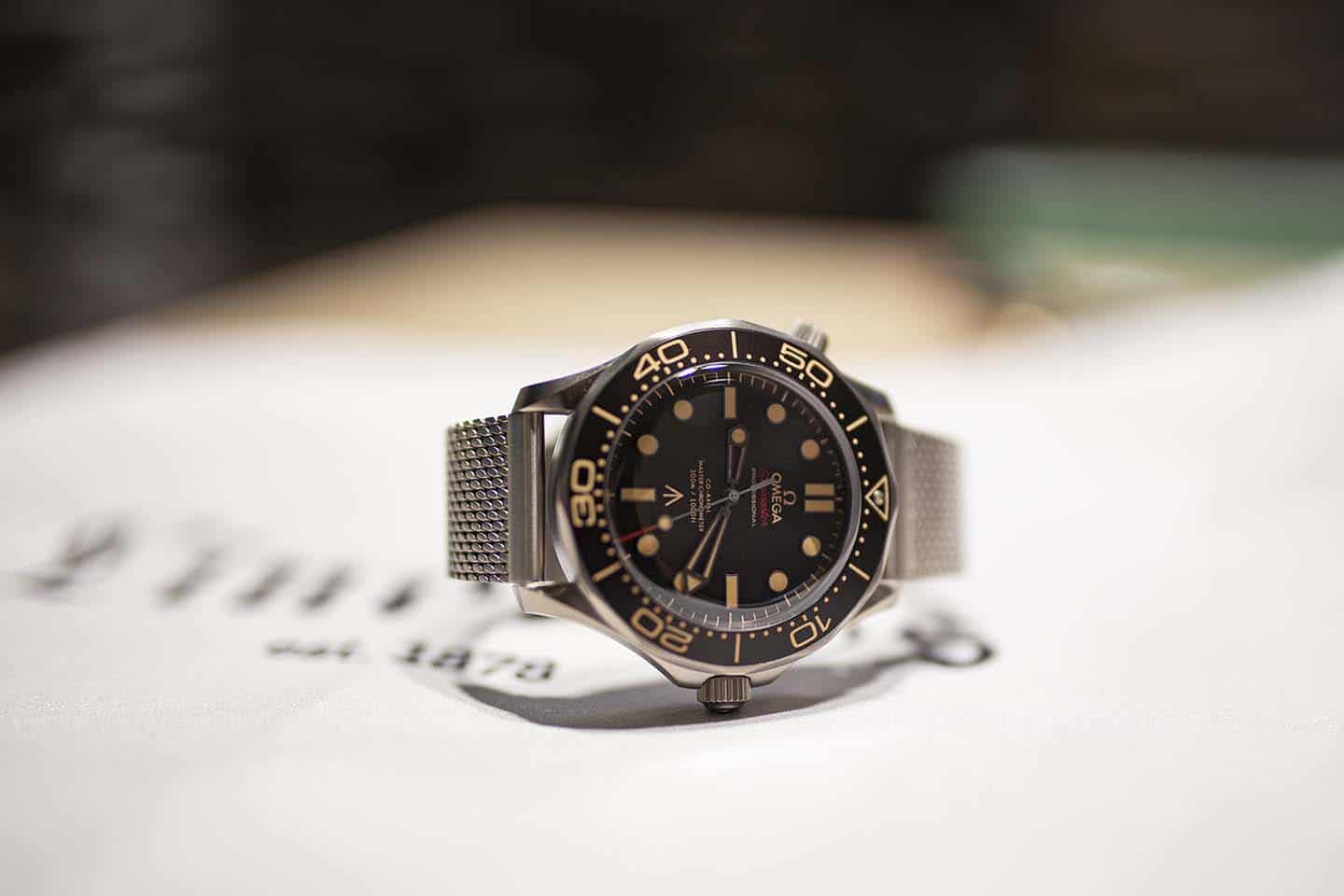 I myself approach the matter to some extent as a Bond fan, where the valuation point is not only the collection and emotional value, but also the comparison of the watch with similar watch models made of titanium from other valuable watch manufacturers. Using this apparent rationale, the 007 Edition is a pretty good choice, as there is arguably no competition. And yet, the Bond watch is perhaps the most coveted / well-known watch, and therefore even in some way reasonable (for oneself) justifiable, for which one is willing to pay extra for two brands.

But whatever to deny it, this watch is bought with emotion. 🙂

The watches were given a test and photography loan by Osk. Lindroos Helsinki (Finland). Thank you for your cooperation.

Vacheron Constantin Patrimony is a noble of dress watches

Vacheron Constantin Patrimony is an elegant collection of dress watches that complements the style-conscious wardrobe. Almost every serious watch brand...

James Bond has relied on Omega watches since 1995, with the latest No Time To Die movie showing the...