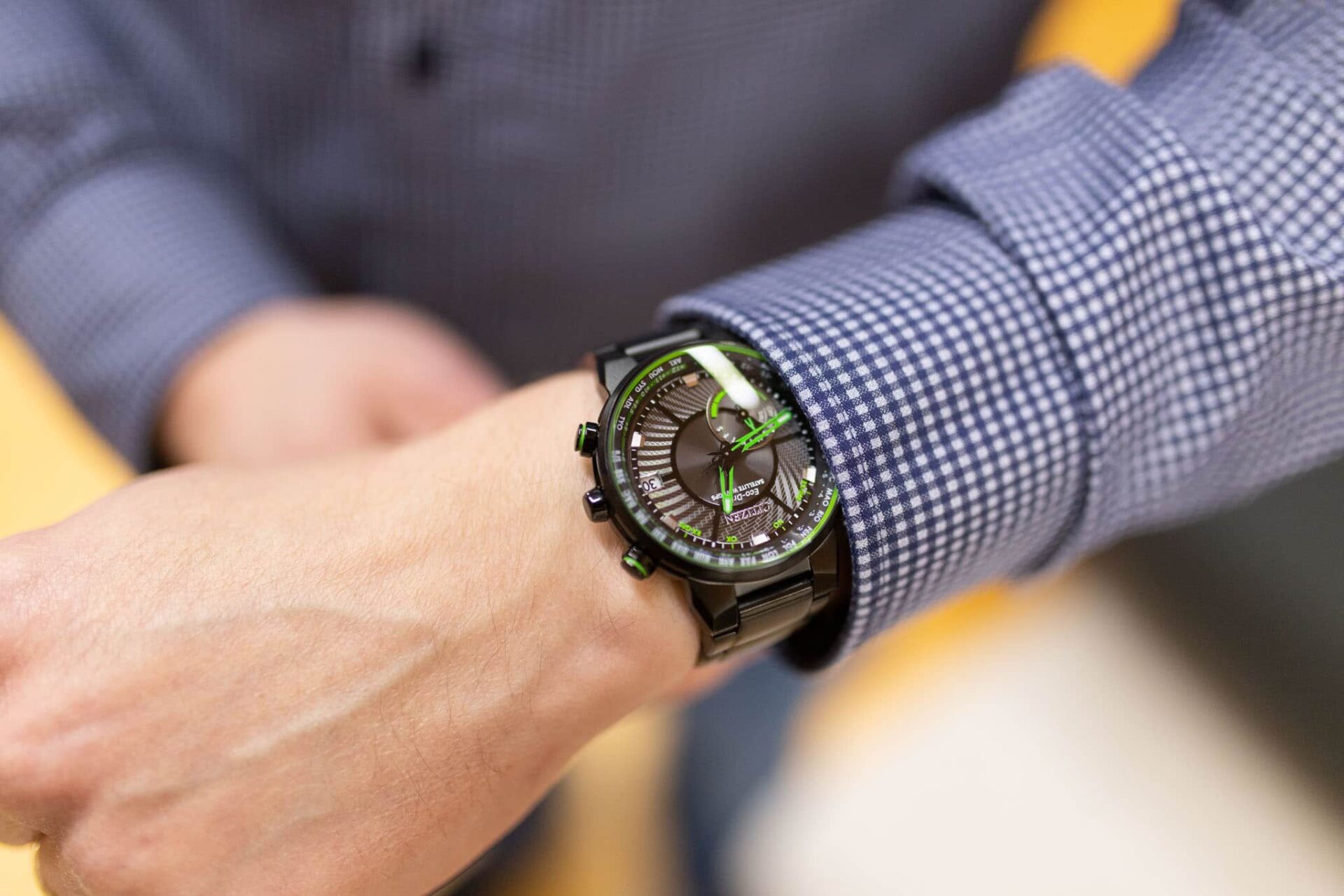 The history of Citizen dates back to 1918, when the Shokosha Watch Research Institute was established on Japanese soil. Shokosha completed its first pocket watch in 1924 and was renamed Citizen. Six years later, the company decided to change its name to Citizen, and the following year introduced its first wristwatch.

Citizen launched the first radio-controlled wristwatch in 1993, which set the correct time based on the signal transmitted by terrestrial radio transmitters. The Citizen Satellite Wave GPS Eco-Drive, now featured, utilizes a signal from GPS satellites that automatically locates the time, day, and time zone, depending on your location. That’s why the watch is perfect for the active traveler who wants to leave it to the task of setting the time according to the destination. 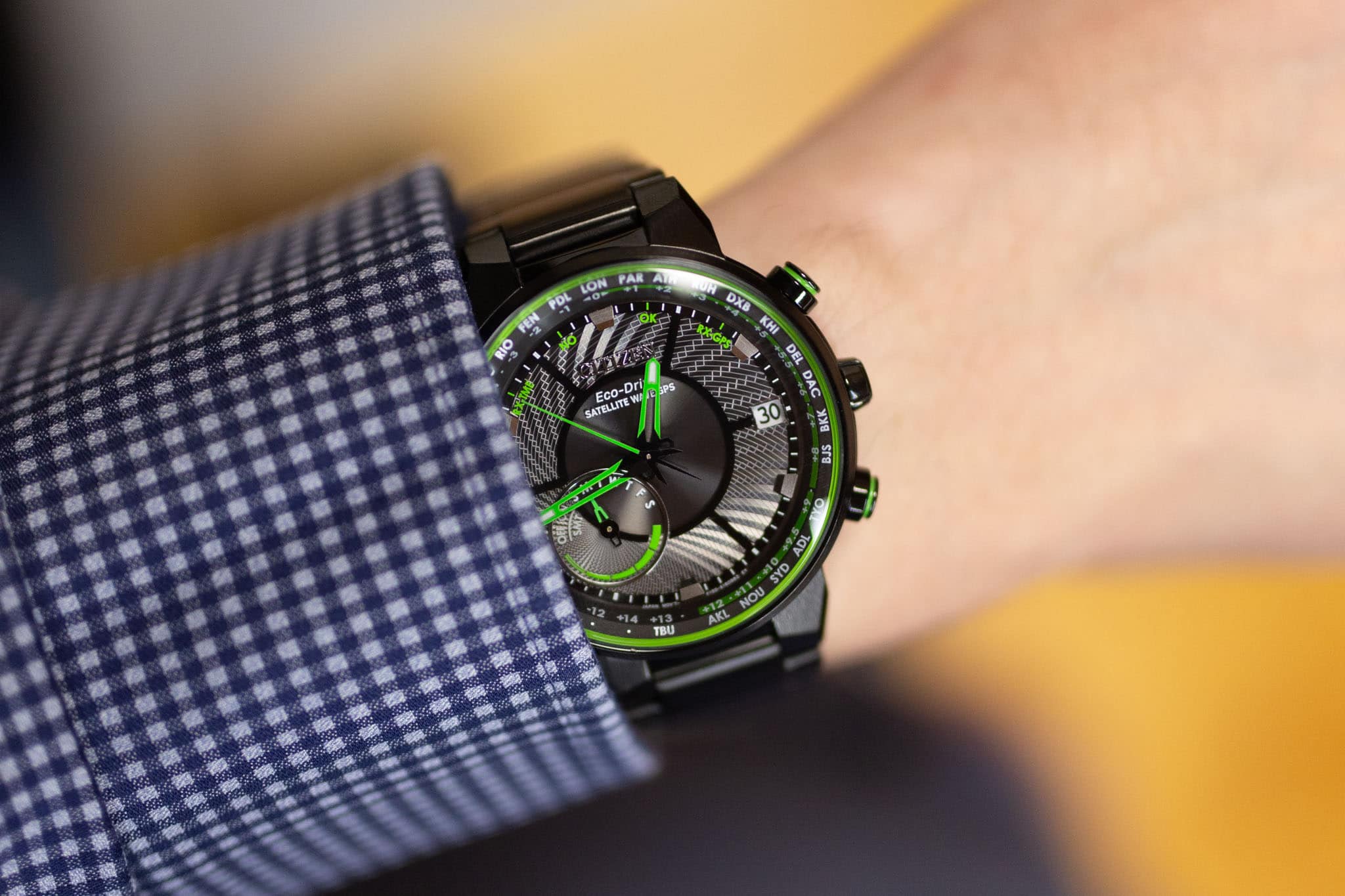 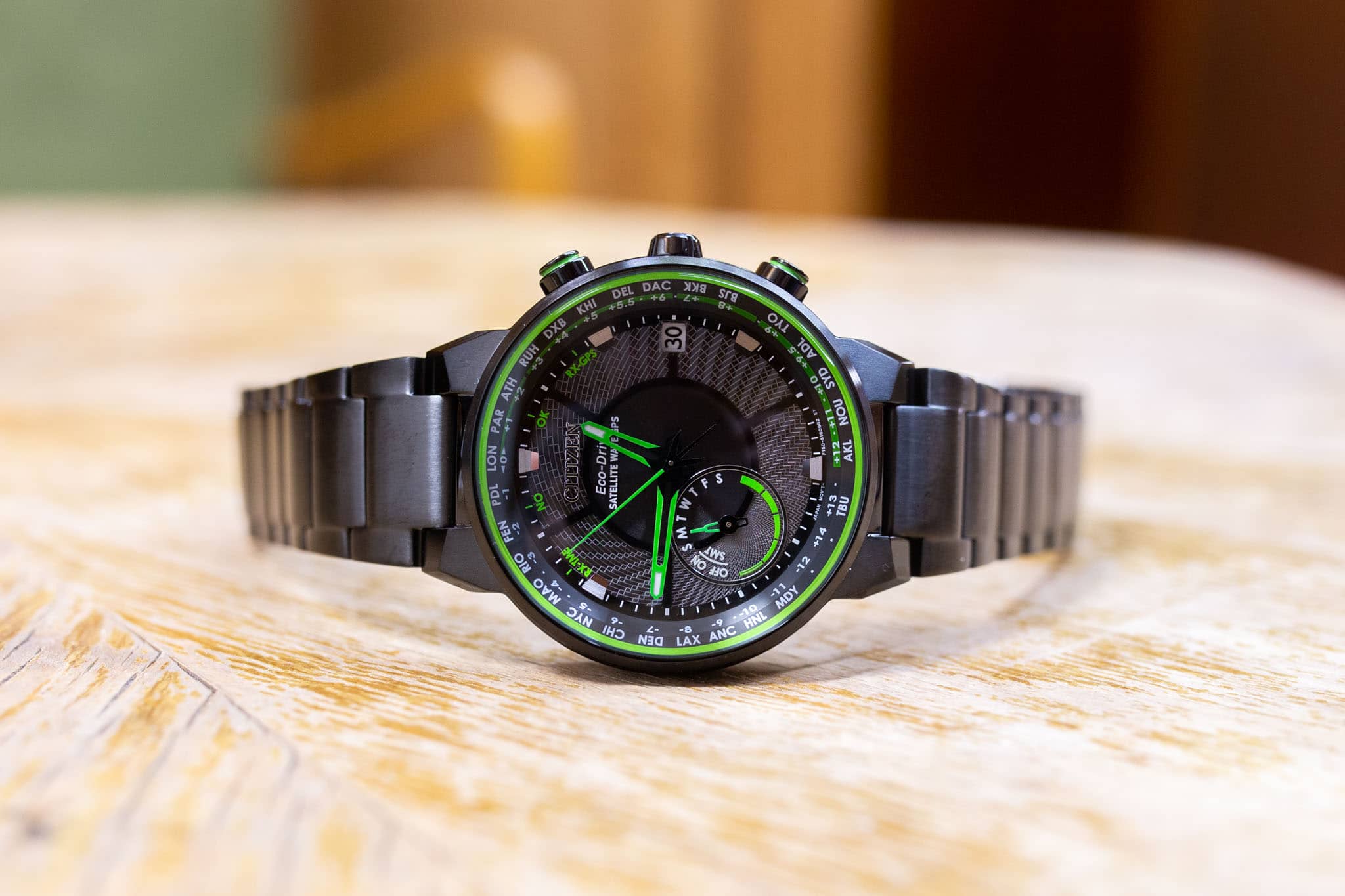 Like its predecessor in the 1990s, the Citizen Satellite Wave GPS Eco-Drive utilizes light energy to propel it and converts light from the watch face into a power source using a solar panel, which is stored in a mercury-free lithium-ion battery. The technology releases the watch from the batteries and saves them a great deal, as the Eco-Drive watches have a lifetime of up to 20 years. With a fully charged battery running up to two years, you don’t have to worry about running out of power during your trip – and getting more power from your desk lamp.

A fair-sized watch face gives you a glance at the date, day of the week, not just hours, minutes and seconds. In addition, when the function buttons are pressed, the watch displays the operating time, time zone, summer / winter time, and both Eco-Drive charging and satellite reception status. The watch automatically detects 40 time zones, but you can manually set the time zone, among other settings, using the pushers and crown.

Of course, satellite reception works best outdoors when you have an unobstructed view of the sky. Then it also runs much faster than, for example, indoors by a window. If desired, the function can be activated and the watch shows the reception success with the stopwatch. The watch is received at its fastest, under optimal conditions, within three seconds, making it the world’s fastest GPS receiver, according to the manufacturer. It takes at least 30 seconds to determine your location, or time zone. 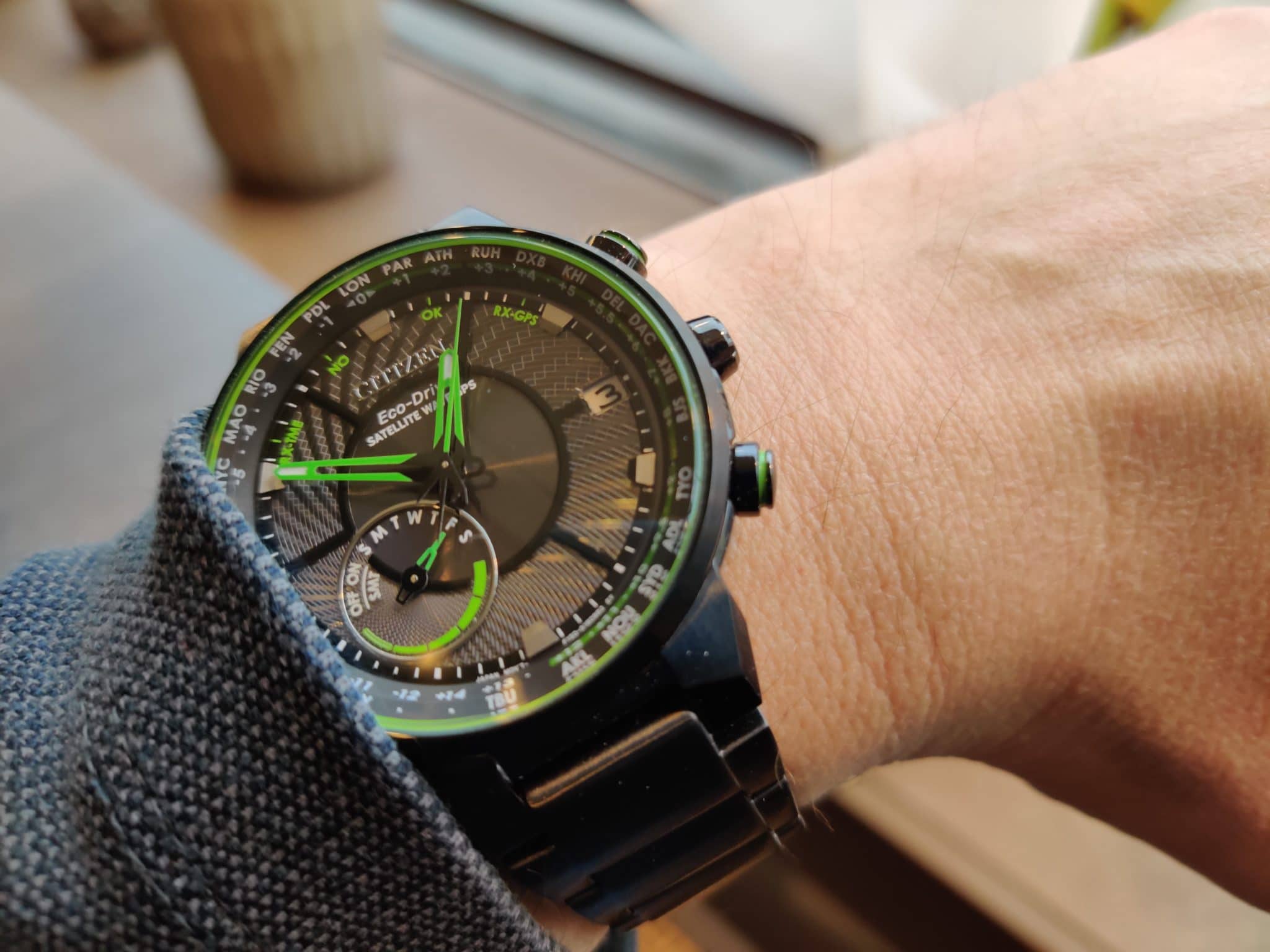 The Citizen Satellite Wave GPS Eco-Drive always stays in the exact time when satellite reception is possible. If reception is prevented for any reason, the monthly resolution of the watch is +/- 5 seconds at normal operating temperature. The calendar is programmed taking into account leap days and years until the end of February until 2100.

In the winter time, it may come to mind for the inhabitants of the dark north: The timepiece works in the summer, of course, but how long and bleak in the winter? Since artificial light is also used as a light source, the watch charges regardless of the season and the appearance of the sun. However, charging is rarely needed as a fully charged watch will take up to 720 days, or about two years. To charge one day’s power, the watch needs three minutes in sunny weather, 25 minutes in cloudy weather, and 7.5 hours in normal indoor lighting.

The Citizen Satellite Wave GPS Eco-Drive is a reasonably bulky watch, but its rounded contours and backside of the case make it fit surprisingly well on the wrist. The function buttons (or pushers) and crown are moderately sized and will not hit the palm of your hand in any situation. The case is 44 millimeters in diameter, 13 mm in thickness with the case back, and weighs 149 grams with bracelets, so there is size and weight but in a civilized package. 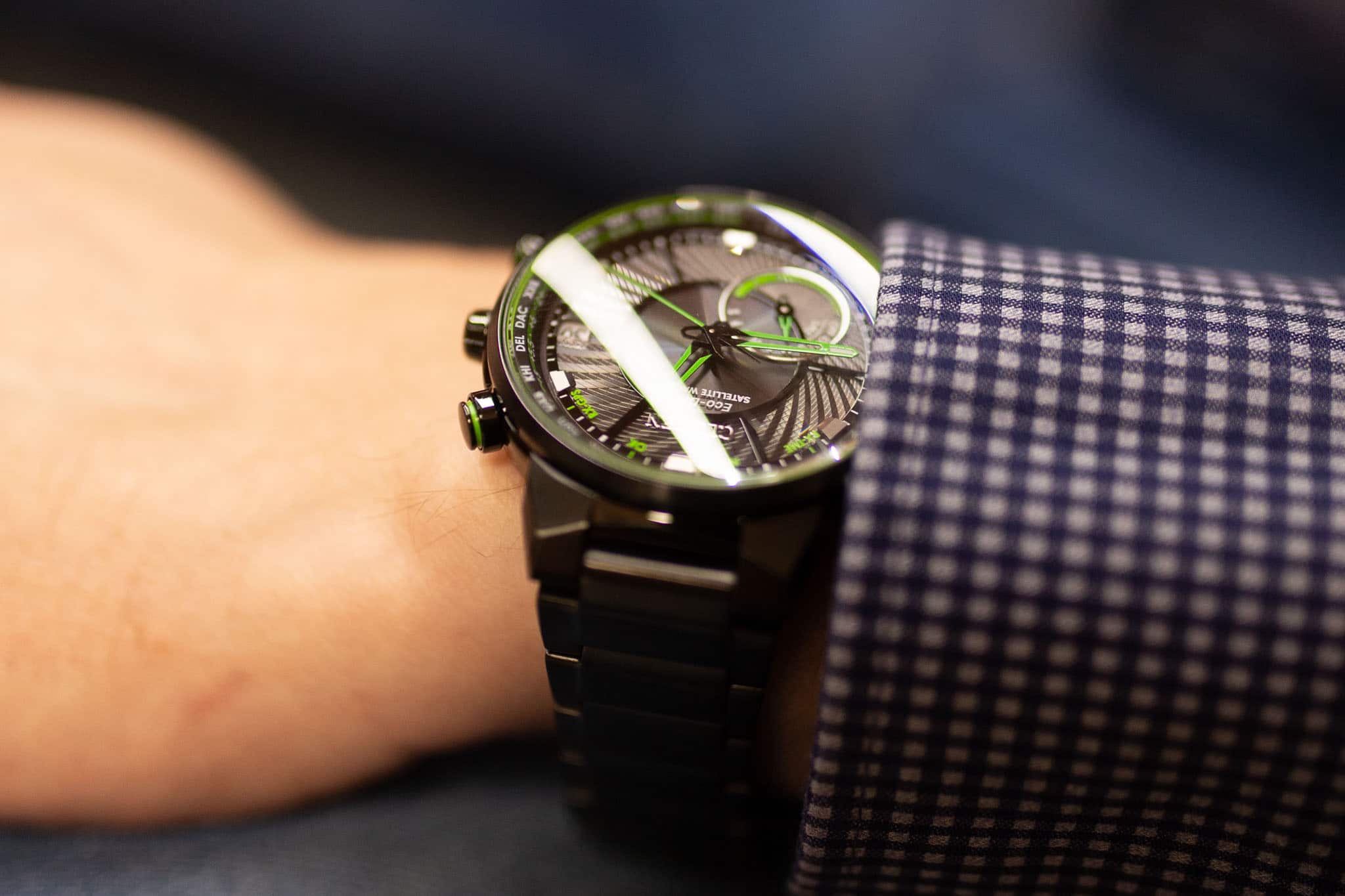 The color of the case is a glossy black, which changes to a matte black on the bracelet and its brackets. This is a good choice from the manufacturer because it folds black nicely and makes the whole look more elegant.

The watch face is futuristic in appearance and the wavy patterns on the dark background live with the light and appear to be moving as the watch is turned. The green accent color on the dial, indexes and function buttons brightens up an otherwise quite dark-looking watch. If green does not happen to be a favorite color, a red accented version is also available.

The Citizen Satellite Wave GPS Eco-Drive is perfect for the tech savvy or the careless. The functions of the watch perform their tasks mainly automatically so that the user does not have to worry about setting the time when moving from one time zone to another. The watch supports ecological thinking and does not burden its environment as a battery-less and light-gathering time display. 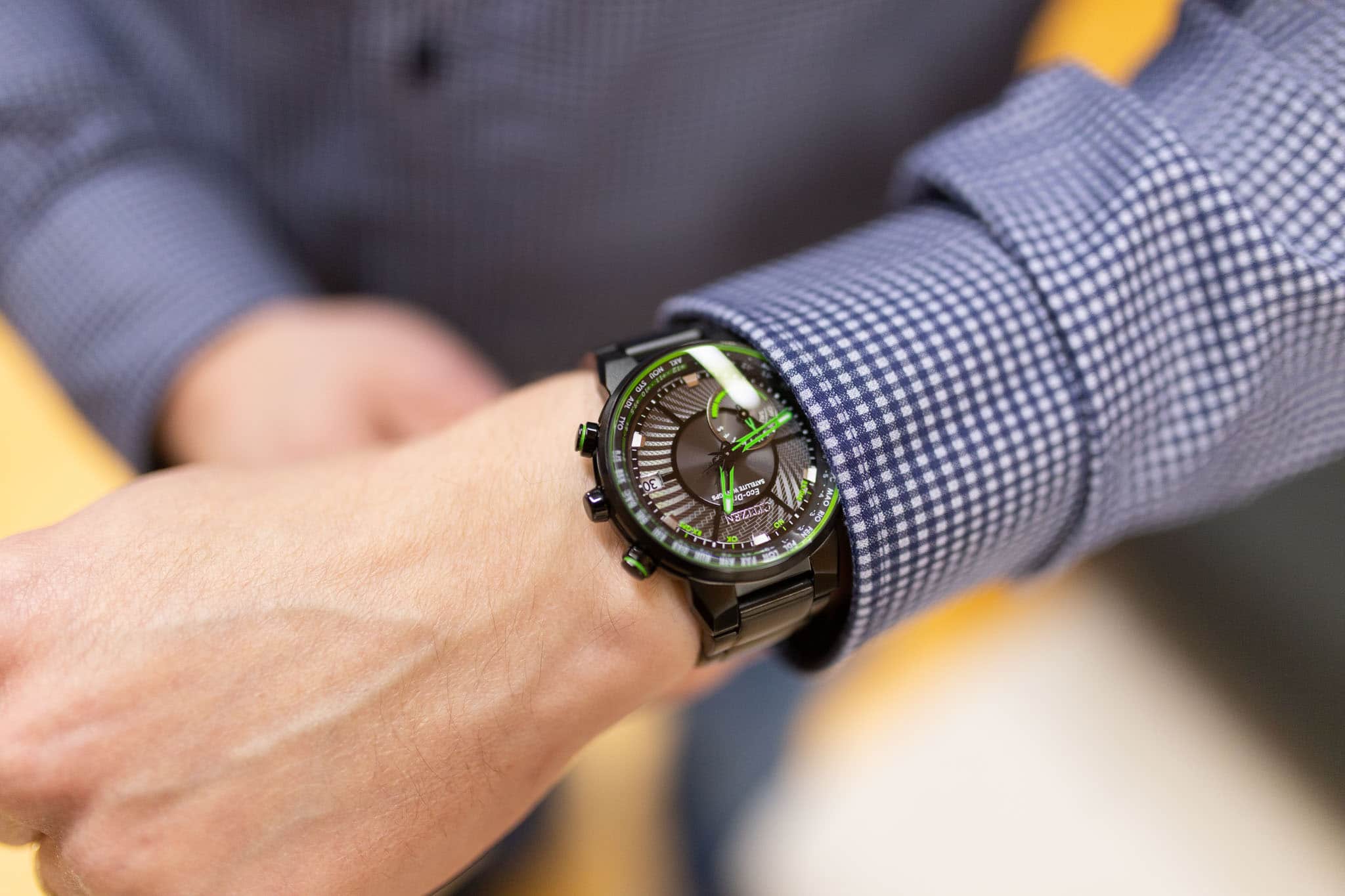 In terms of style, Citizen Satellite Wave GPS Eco-Drive is at its best when it comes to casual wear, but it also lends itself to business casual styles. For all the more formal occasions, however, I recommend the Citizen’s highly popular NJ0100-38X. 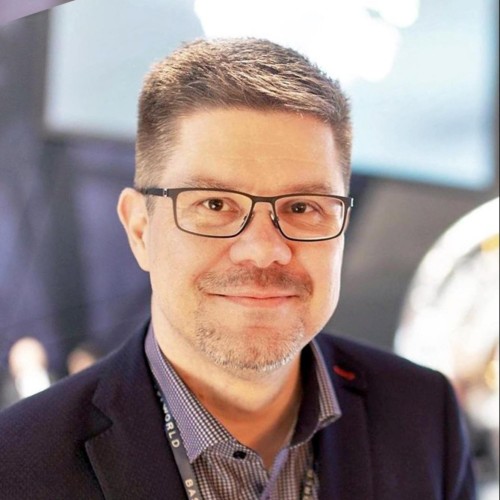