When you are looking for a watch for casual and formal style, there is many suitable options for that. If your preferred style is more or less business casual and you want to manage with one cool wristwatch, I can recommend you one of last year’s most discussed novelty, the Bell & Ross BR 05.

I have used Black Steel model in a few months, during which the nature of the watch has become perfectly up. In my opinion, the term “urban lifestyle” used by the manufacturer aptly describes the style of the BR 05, as it sits well in different styles besides the wrist.

Particularly with the integrated steel bracelet, the possibilities of the BR 05 are almost limitless, as it is modest enough to be worn with the suit and, on the other hand, has enough edge for the more casual watch user. 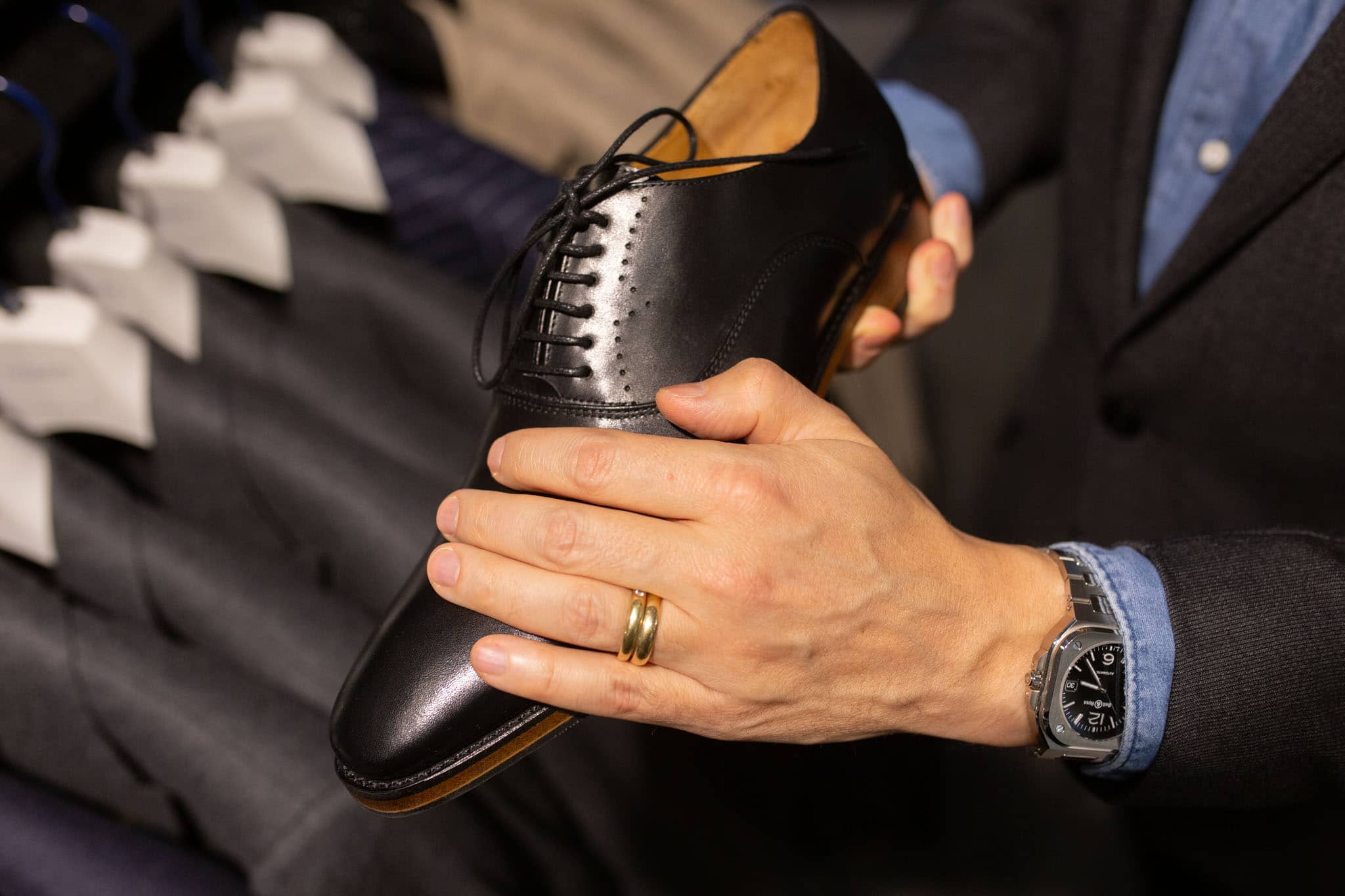 The BR 05 is versatile in its watch dimensions (40mm diameter, 10.4mm thick), so it slides under the cuff of a tighter collar if needed. The watch’s comfort is complemented by a tapered bracelet and a well-faded lock.

To conclude, I would like to mention my insight as to why the collection was built with thought. As I pondered which model I wanted, I finally sailed between the two models. At the end of the line were silver gray and black models, which I ended up with in black. The reason was as simple as minute indexes on the watch face. The black dialed model is the easiest to read and at the same time the easiest to set accurately. It is also closest to Bell & Ross original DNA.

The above does not mean that no model is better than each other, but that the collection has got depth and variation with seemingly small differences. When combined with a style change with a rubber strap, the Bell & Ross BR 05 range is more versatile than you might think. This if what is successful planning.

A few words from the new BR 05 collection

At first I have to say a little bit about BR 05 collection, which sparked a lively debate about originality. The design has the same “Gerald Genta” spirit as Audemars Piquet at Royal Oak, Patek Philippe Nautilus, Girard-Perregaux Laureato or Bvlgari Octo.

The design language certainly has the same features, but part of the reason for the discussion is purely the fact that there is very little supply in such a design field – especially in the price range that the BR 05 strikes as a million volts. It is, after all, its own product for a different target audience.

Bell & Ross is highly proficient in functional, purpose-designed pilot and dive watches. The design language of watches has been influenced by the instruments and instruments used in aircraft.

This is the cornerstone of Bell & Ross’s watch design, a circular dial in the center of a rounded square. This attention is very important to be aware of when looking at the new BR 05, as it repeats exactly the same design. 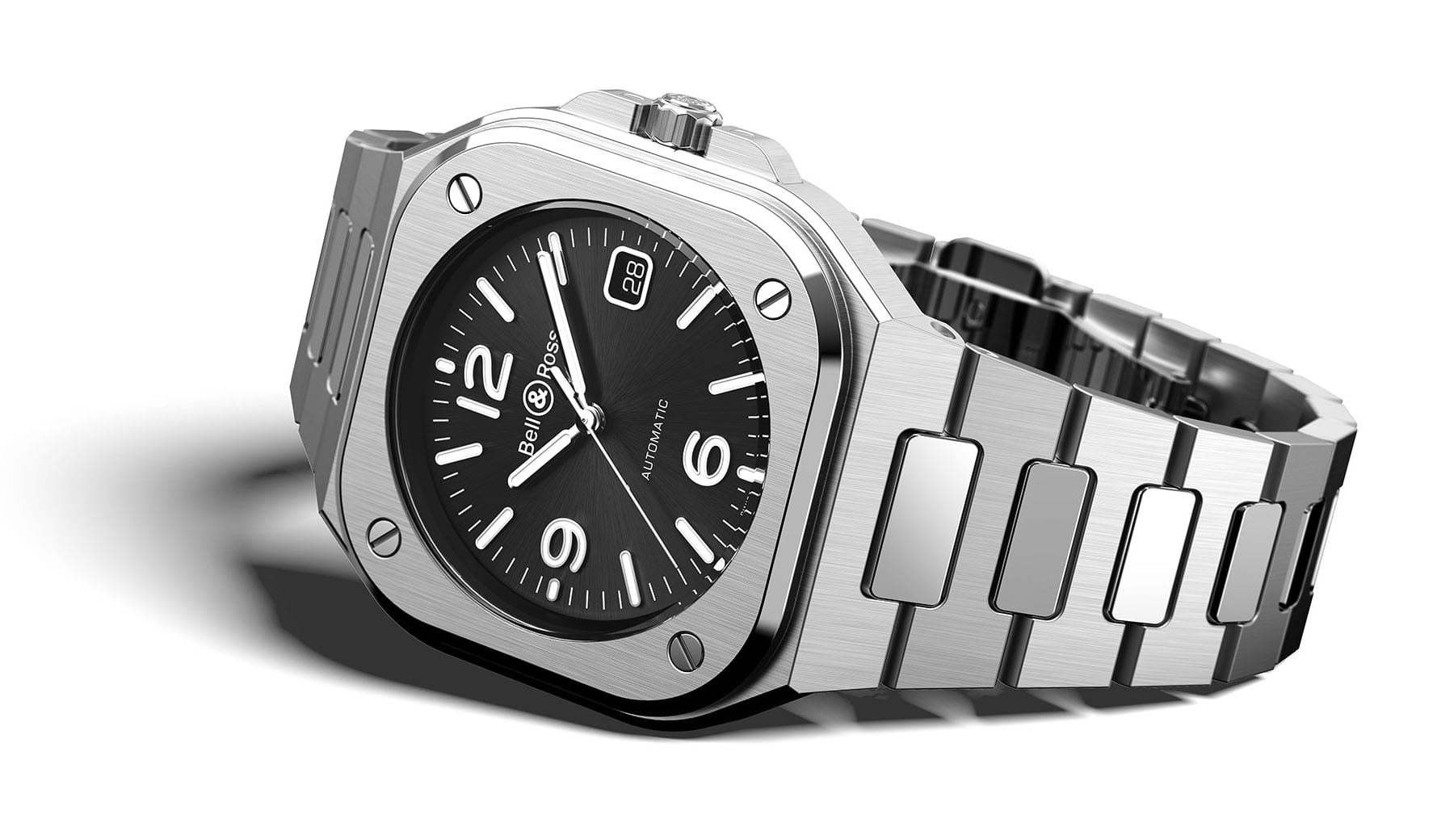 The trick of the Bell & Ross BR 05 lies in two aspects. The way the bracelet is integrated seamlessly out of the watch case so that the B&R’s distinctive square design as if fades away has taken a lot of design. This work has also been successful.

The BR 05 is an exciting combination of industrial design and elegant finishing, with a superbly combined satin sanded surface and polished chamfers, along with precisely symmetrical screws. At this point, I can reveal the secret of the symmetry of the bolts on the front, which is revealed by looking at the backside. 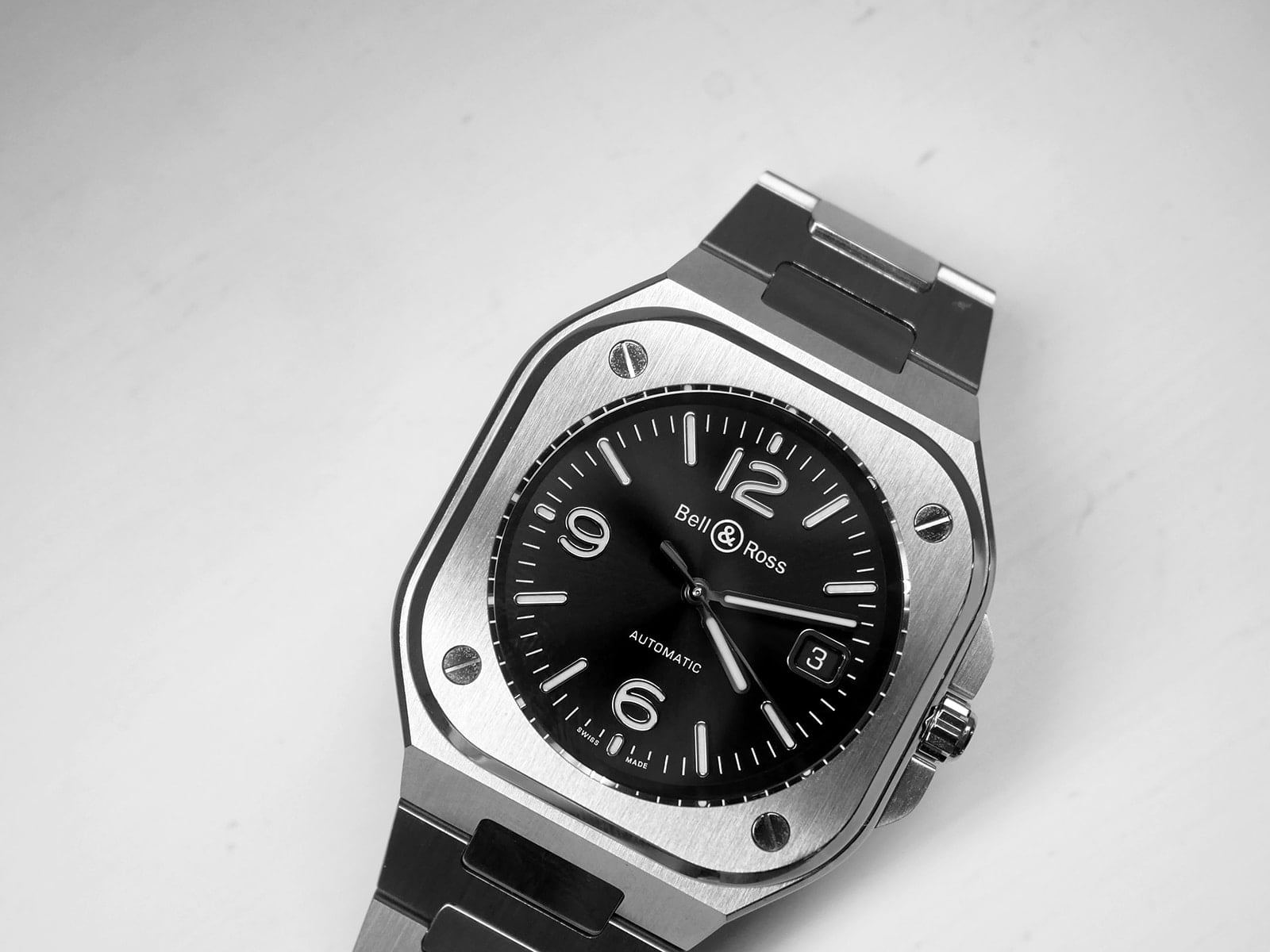 The screws are at the same position on both sides of the watch case, that is, they are opposite to each other and have enabled the screws to be tightened from the front to aesthetically perfect symmetry. At the same time, it is functionally resolved how the watch cases are tightly sealed to each other.

As far as technology is concerned, there are a couple of things to mention; powered by the workhorse Sellita SW-300, which is designed with an exceptionally stylish skeleton rotor. Although it is “just” a Sellita, the movement of the BR 05 – and the said rotor – is nice to look through sapphire glass. Another positive note worth mentioning is the precision of the crown, which is the spaciousness of the basic machines (such as Sellita and ETA) and the fluctuation of the minute hand when the crown is pressed down, in its absence. This indicates that the finishing has been refined by the manufacturer.

The level and amount of finishing is fine for this price range clock, and various bevels and grindings have been spent an hour or so. The reason is clear, as the BR 05 watches are manufactured by Chanel-owned factory G&F Chatelain, which is also trusted by Richard Mille and MB&F. 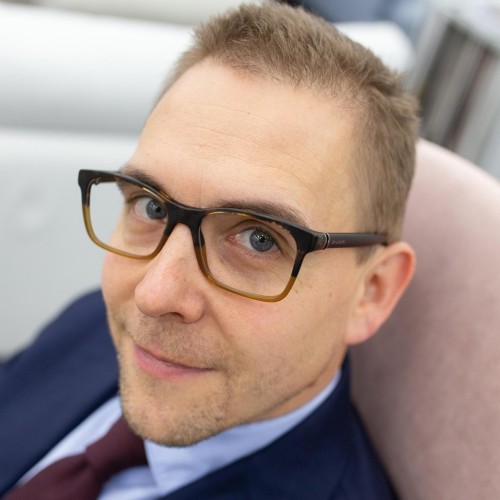